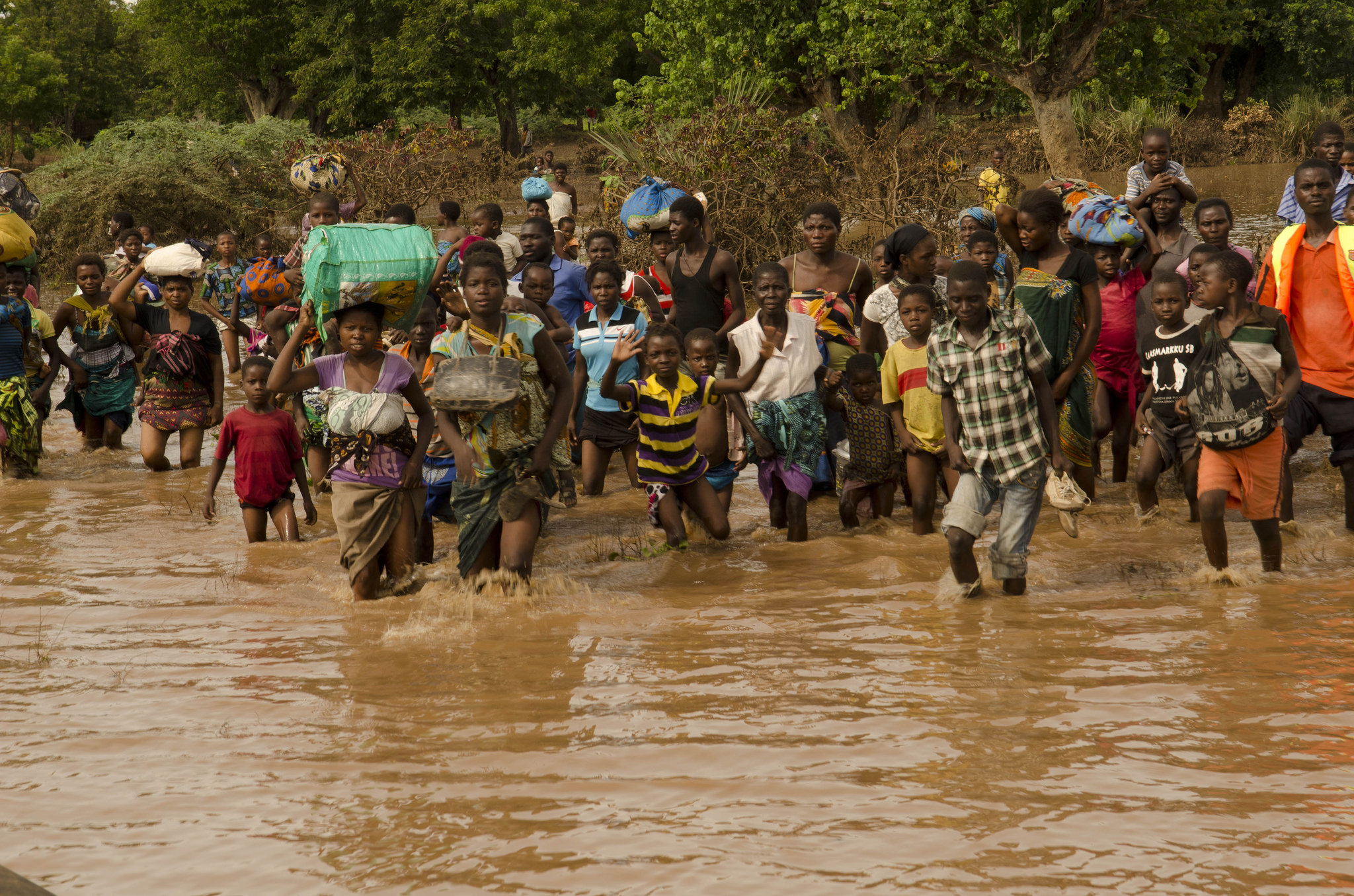 Dakar – The number of internally displaced people in West and Central Africa has more than doubled in the past three years driven by climate and environmental change, fast-paced urbanization, population growth and conflict.

In sub-Saharan Africa, a combination of conflict, floods, droughts and other natural hazards resulted in a doubling in the total number of new internal displacements over just three years (2015–2018), according to OCHA’s newly published Global Humanitarian Overview 2019.

Similar data from the Internal Displacement Monitoring Center (IDMC) reveal that same trend. In 2019, over 800,000 people were displaced by disasters in West and Central Africa, up from 344,700 in 2017, which itself was more than double the total of its previous year, 2016, when 161,700 men, women and children were displaced.

By any standard, this now represents an emergency unfolding relentlessly across the world’s poorest continent.

“West and Central Africa is marked by the recurrence and scale of human and material losses due to disasters caused by hazards such as floods, drought, armed conflicts and epidemics,” explained Dr. Gouantoueu Robert Guei, Sub-Regional Coordinator for West Africa for the Food and Agriculture Organization (FAO), who added: “a regional partnership is of paramount importance to support the governments.”

Therefore, to reduce disaster-induced mobility in the West and Central African region and strengthen the resilience of at-risk populations, this week the International Organization for Migration (IOM) joined the FAO to launch CADRI, the Capacity for Disaster Reduction Initiative (CADRI) partnership in the region. The two agencies co-hosted their first event in Dakar during the 28 and 29 of January to begin mobilizing regional actors.

CADRI is a global partnership comprised of 20 organizations working towards realizing the United Nations’ Sustainable Development Goals (SDG) by providing countries with capacity development services to help them reduce climate and disaster risk. CADRI also is designed to provide countries, as well, with a mechanism to mobilize and pool expertise on disaster risk reduction and climate change adaptation in support of meeting those SDGs.

This partnership is particularly relevant in West and Central Africa where different types of risk are present, including slow and rapid-onset crises.

“The aim behind bringing the coordination of the CADRI process to Dakar from Geneva is to be closer to those involved in the prevention of and response to natural disasters.  We hope to increase the interaction between government, civil society and UN partners so that they will be better able to serve the most at-risk communities in the region,” said Richard Danziger, IOM Regional Director for West and Central Africa.

“NGOs participate in capacity diagnosis missions and their feedback helps us triangulate the opinions and positions expressed by government actors to ensure that the recommendations are neutral”, said Ioana Creitaru of the CADRI Partnership Secretariat in Geneva.

In the most recent joint assessment by the CADRI network, a team of 31 experts conducted a capacity diagnosis exercise in Togo where floods, fires, drought, landslides and epidemics are common. It is expected that recommendations made by the team will contribute to strengthening preparedness and disaster risk reduction in Togo in the future.

CADRI places a particular focus on risk-informed planning and programming within both development and humanitarian spheres, ensuring that no one is left behind and that gender equality and human rights-based approaches are pursued in the delivery of capacity development services. The CADRI Partnership has supported capacity building and policy reform for disaster risk reduction efforts in 30 countries around the world over the past decade.