Countries
where we work

Countries
where we work 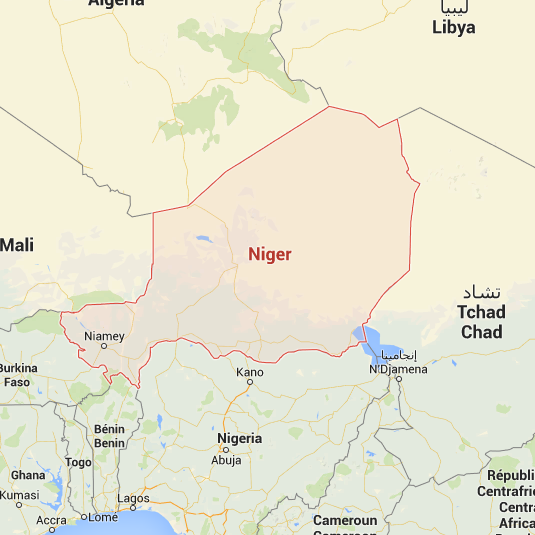 PARM Process was operational in Niger from December 2014 to 2019. The joint-process led to knowledge generation and capacity development to facilitate the integration of ARM into policy planning and implementation.

Niger is a country regularly prone to natural shocks, especially droughts with often unchained series of impacts on crop productivity, market price and conflicts related to access to land.  The fragile climatic conditions coupled with the unstabilized political landscape to nurture risks for agricultural production and marketing activities. Through the PARM Process, the Government of Niger and key stakeholders have i) assessed and prioritized agricultural risks; ii) identified the right tools to manage agricultural risks; iii) developed capacities on ARM; and iv) mainstreamed ARM into policy

Through the PARM Process, stakeholders finalized a risk assessment for Niger in 2016 to complement the World Bank study in 2013. The assessment revealed the diversity of risks affecting the agricultural sector and identified drought, locust outbreak and consumer price risks as the key risks for priority action.

Following the risk assessment, PARM worked with the Office of the Commissioner of the 3N initiative and other partners to identify two priority ARM tools – warrantage based contract farming and access to information – for Niger.  Feasibility studies were conducted into these tools leading to the design of proposed plans to assist stakeholders’ investment into ARM.

A part of its overall objectives, PARM seeks to increase local capacities on ARM. In Niger, PARM’s CD activities reached out to more than 200 stakeholders from Niger and neighbouring countries. The first CD in December 2015 provided a general overview on ARM. The second CD2 organised with AGRHYMET on specific ARM tools attracted participants from Togo, Benin, Mali, Chad, Senegal and Cameroon.

PARM built a strong partnership with the Office of the Commissioner of the 3N initiative and the AGRHYMET. These partnerships paved the way for the commitment to integrate the identified tools into the PAGRA strategic document. The policy dialogue event also permitted stakeholders including the HC3N High Commissioner to confirm the country’s commitment to integrating components of the joint-process into its programmes.

PARM’s engagement in Niger started with its active participation in a National Stakeholder workshop in Niamey on 10-11 June 2014, organized by the World Bank. The objective of the workshop was to identify further areas for improvement of the Plan d’Action pour la Gestion des Risques Agricoles (PAGRA)

Months after the PAGRA workshop, PARM organized its first independent mission to Niger in December 2014, to follow-up with partners, and to launch PARM’s activities in the country.

The discussions between HC3N and PARM led to the decision for a complementary agricultural risk assessment study for Niger, to address the gaps in the already existing World Bank agricultural sector risk assessment for the country. In particular, the follow-up study focuses on risks in three areas: access to financial services, access to markets, and access to information systems.

By January 2015, a roadmap for PARM activities was developed and validated by the Haut Commissariat à l’Initiative 3N (HC3N).

PARM collaborated with the Niger HC3N to develop and validate the Terms of Reference (TOR) for RAS in Niger in February 2015.

By May 2015, the Institut de Recherches et d’Applications des Méthodes de développement (IRAM) was identified and contracted to conduct the Risk Assessment Study in Niger.

Documents
Terms of Reference for Agricultural Risk Assessment in Niger

Upon receiving the first draft of the RAS report, PARM held a National Stakeholder Validation Workshop on December 10, 2015, in Niamey in collaboration with NEPAD and HC3N. The objective of the workshop was to present the findings, and to solicit further inputs from stakeholders. The workshop was also an avenue to discuss and identify relevant ARM tools to address the priority risks.

Following the RAS validation workshop, PARM and HC3N initiated follow-up discussions that led to the identification of two ARM tools: 1) Contract Farming/Warrantage Activities, and 2) Information Systems. By Septemeber 2016, terms of references (ToRs) were developed to contract CIRAD-IRAM and SBC4D for feasibility studies on the two identified ARM tools.

Following the integration of comments from stakeholders, the RAS report was finalized and submitted to the HC3N for validation. The officially validated report was published in October 2016.

In September 2017, PARM and AGRHYMET agreed to foster their ARM collaboration through a Memorandum of Understanding (MoU).

PARM policy dialogue event was organized in October 2018, to present the overall results of the PARM process in the country, and to open up discussions for investment in the ARM components built from the engagements in Niger.

Publication of the Niger feasibility studies

The Government of Niger validated the findings of the feasibility studies towards the end of 2018, allowing PARM to publish the two reports in December 2018.

During the policy dialogue, the HC3N High Commissioner reiterated HC3N’s commitment to mainstreaming agricultural risk management (GRA) into national policy documents. The active role of organizations such as AFD, EU, FAO, WFP, WB, Italian Embassy, ​​Swiss Cooperation, during the discussions of the high-level workshop showed the growing interest in the proposed ARM tools in Niger. Their presence and strong participation, and that of the national and regional stakeholders, and especially the HC3N, demonstrates the desire and also the importance of continuing the efforts in Niger and the Sahel on risk management, as well as that of the holistic approach of PARM.

The overall PARM process led to a number of achievements, in terms of bringing ARM to the core of development and agricultural policies, assessing risks for evidence to improve risk perception, strengthening capacities and enhancing partnerships on ARM, investing in priority tools for better agricultural risk management, and engaging with the Government, local institutions and development partners. All these achievements and many other outcomes are documented in the Niger country final report.