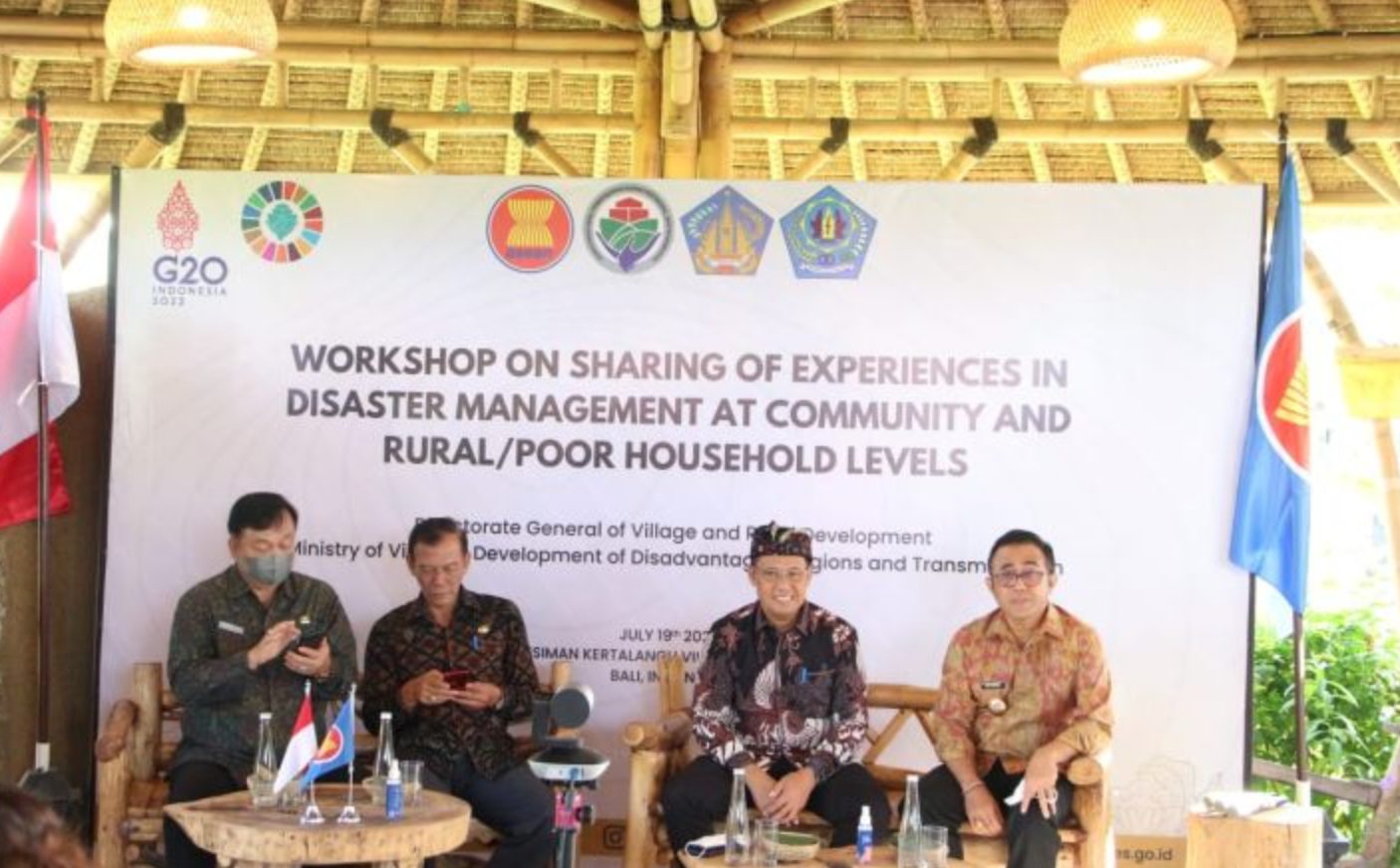 Jakarta (ANTARA) – The Ministry of Village, Development of Disadvantaged Regions and Transmigration (Kemendes PDTT) affirmed that disaster mitigation based on community or underprivileged households in villages was important in disaster management.

“Education regarding disaster mitigation can be disseminated in a disaster early warning system, for example, in volcanic eruptions or tsunamis, related parties could provide information on evacuation routes and safety equipment,” Director-General of Rural Development and Rural Affairs of Kemendes PDTT, Sugito, noted in a written statement received here, Wednesday.

Sugito later remarked that the ministry had issued Ministerial Regulation Number 7 of 2021 on Priority for the Use of Village Funds in 2022.

This policy also regulates the acceleration of efforts to achieve disaster management through mitigation and handling of natural and non-natural disasters in accordance with the village authority.

As a step to realize the policy direction, various steps were taken in the form of updating data, including information related to potential disaster threats, geographical location, local wisdom, community habits, and community needs, Sugito stated.

The second step pertains to strengthening institutions or organizations and community capacity in disaster mitigation and preparation, while the third involves synergies with partners through synergistic forums to implement programs between ministries/agencies, local governments, private sectors, NGOs, and banks.

The fourth step calls for mitigation and preparation, including mitigation with regard to vegetation, facilities, and infrastructure.

At the Workshop on Sharing Experiences in Disaster Mitigation at Community and Rural/Poor Household Levels in Denpasar, Bali on Tuesday, July 19, Sugito highlighted several examples of good practices in disaster mitigation conducted in villages, including in Jenggala Village, North Lombok District, West Nusa Tenggara (NTB), during a tectonic earthquake of magnitude seven that struck in 2018.

“Hence, disaster mitigation management should continue to be conducted in cross-sectoral collaboration by involving all stakeholders in the context of rural areas and rural development,” Sugito emphasized.