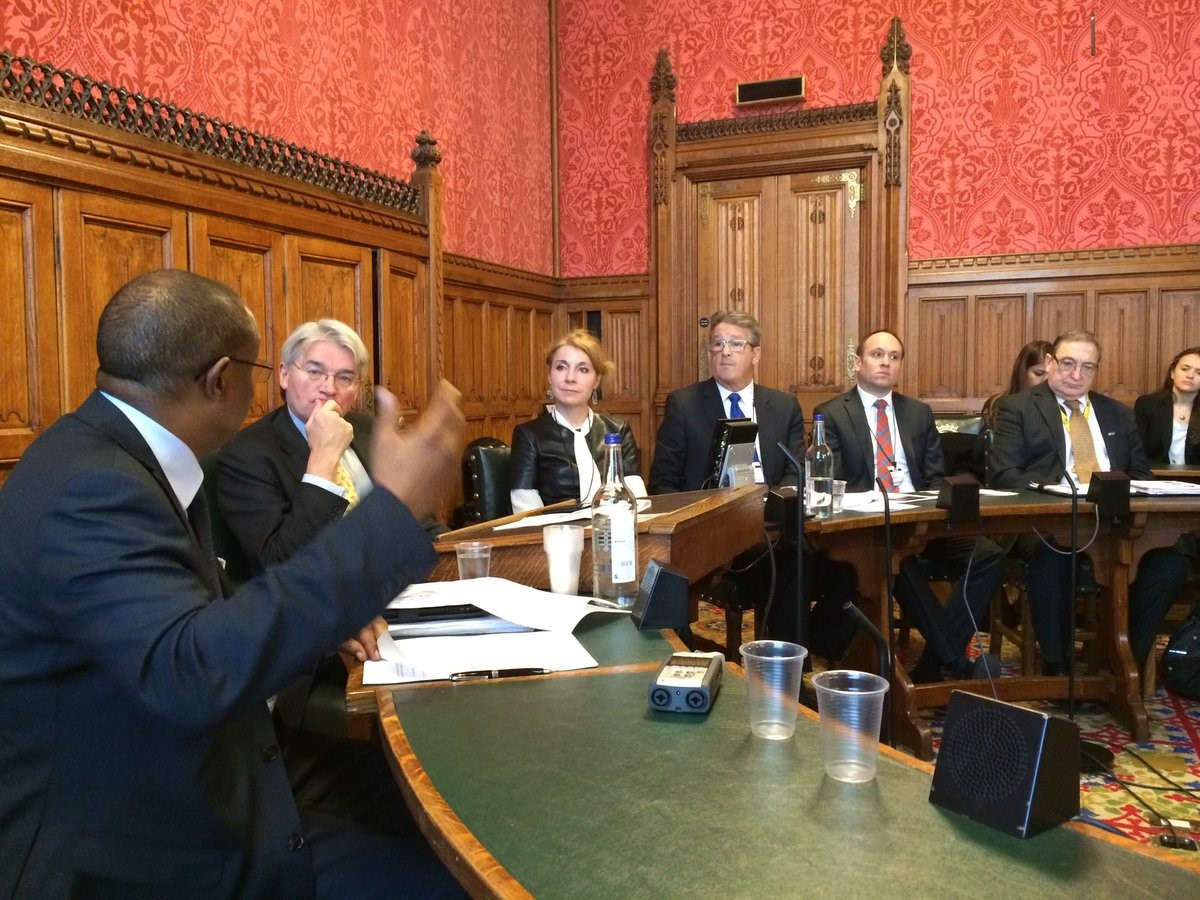 “Insurance is just a tool; the point is people” tweeted one attendee at RESULTS UK’s event on climate risk insurance in Parliament last week, where we got our Risky Business campaign off to a flying start. And that’s exactly the point behind our new campaign focused on empowering smallholder farmers – some of the world’s most vulnerable people – to protect their livelihoods through microinsurance.

Who knew the topic of insurance could pull in the crowds? With standing room only remaining, we were delighted to see a lively discussion amongst a range of participants including MPs, DFID staff, and colleagues from civil society organisations, academia, and the private sector. The panel – which was chaired by Rt Hon Andrew Mitchell MP and included Mohamed Beavogui(Director General of the African Risk Capacity), Dr Koko Warner (Executive Director of the Munich Climate Insurance Initiative), Martyn Parker(Chairman of Global Partnerships at Swiss Re) and RESULTS UK’s Aaron Oxley – brought a range of perspectives to bear on the question of how insurance can be one important tool in protecting the most vulnerable people from the climate change.

In his presentation, Mohamed Beavogui described how the African RiskCapacity is transforming government response to major drought on the continent, accelerating the timeline from 9+ months to just a few weeks,saving $4.4 in aid for every $1 invested. In the political economy of natural disasters, no government wants to declare a humanitarian emergency. The rapid trigger and payout model of the ARC can avert the need to reach and declare a crisis point, and thus avoid the exponentially increasing financial and human costs of delayed international aid response. Next, Koko Warner described how insurance can help people move froma vicious cycle of poverty to a virtuous cycle of resilience. Climate shocks will increasingly disrupt journeys out of poverty, as illustrated by Dr Warner’s story of a previously flourishing smallholder farmer in Saint Lucia whose livelihood was destroyed by a hurricane. With a vast gap in insurance coverage for people in the global south (shown in the dark areas on the map), she posed a question to the room:“What will be the game-changer that enables us to each an additional 400 million vulnerable people?”This is what the G7 InsuResilience initiative is aiming for by 2020.

Martyn Parker then explained how too few developing countries have adequate insurance protection, with many forced to rely on donations and media attention after disasters strike. At a time when the global humanitarian budget is stretched further than ever, society still allows natural disasters to happen more than they prepare for them. He urged us to get moving much faster if we are to meet the goals of the G7 InsuResilience initiative by 2020, and recommended that donor agencies such as DFID focus on stimulating demand, channel public funds towards specific project ideas, and provide smart premium support for the most vulnerable people and countries who would otherwise not be able to afford insurance.

It is ideas like these that we will be championing in our new Risky Business campaign in which we are asking the UK Government to invest at least £100 million in new and additional funding towards the G7 InsuResilience initiative. We are calling for at least half of this new funding to be dedicated towards scaling up microinsurance for smallholder farmers and other vulnerable groups. Why are we making this call? As RESULTS UK’s Executive Director Aaron Oxley emphasised passionately at the event last Wednesday, insurance is not a silver bullet, but it can be an incredibly useful tool if it truly reaches and benefits the poorest people. In the G7 initiative, we now have a colossal opportunity to reach hundreds of millions more: smallholder farmers like those devastated by hurricanes in the Caribbean, as in Koko’s story on Wednesday, or pushed into debt and hunger by drought in Ethiopia, like Zemada, whose story we tell in our campaign background sheet this month.

Insurance is just a tool; the point is the people.