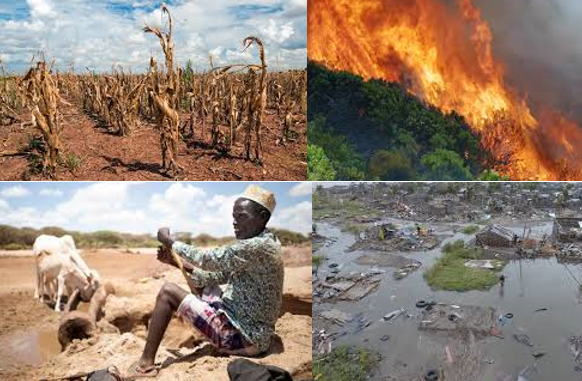 Three innovative projects designed to help countries in Southern Africa protect against the risk of agricultural disasters have won a Challenge Fund led by the Global Facility for Disaster Reduction and Recovery (GFDRR); the Platform for Agricultural Risk Management, the Center for Disaster Protection, and the World Bank’s Agriculture Observatory, Disaster Risk Financing and Insurance Program and its London Hub.

London, 08 August 2019 – The increasing severity and frequency of extreme weather events and growing threats from plant and livestock pests/diseases threaten to undermine regional food security in Southern Africa, as well as poverty reduction efforts and the achievement of the United Nation’s Sustainable Development Goals.

The Challenge received 55 proposals. Judges from Governments of the region and international experts reviewed proposals from around the world.  Institutions that submitted proposals included private companies, NGOs, international organizations and Universities.  The institutions were from countries across several continents, including Peru, Colombia, South Africa, Zambia, Spain, Sri Lanka, the United States, the UK, the Netherlands, and Kenya, among many others.

A selected group of the top 10 proposals were invited to an expert workshop in London on August 7 and 8 where the top 3 were identified by a Grand Jury after a rigorous assessment process.  The proposals focused on innovative tools to find risk financing solutions by using new technologies and approaches to assess extreme weather shocks, price volatility and animal and plant health. The top 10 proposals were led by Global Parametrics, The International Center for Tropical Agriculture (CIAT), Pula GmbaH, JBA Risk Management Pte Ltd, Weather Impact, Producers Direct, The International Water Management Institute (IWMI), Kimetrica LLC, AIR Worldwide, and Columbia University’s International Research Institute for Climate and Society (IRI).

The top 10 proposals were considered highly innovative, especially by representatives of Governments of Southern Africa.  Pedro Dozi, the representative from the Ministry of Agriculture and Forests of Angola said: “the proposals were very relevant for Angola as the ongoing drought in our country has called the attention for better tools for facilitating public sector decisions on when and how to prevent and respond to such disasters. Several proposals did focus on drought as the main driver of agriculture losses and food insecurity, giving an idea on the resources needed and the commitment to be made in order to have an objective decision-making process, so we are very happy with some of the ideas presented so far.”

On the other hand, some proposals focused on the issue of food insecurity by including food price considerations in the proposed solution.  Cristina Stefan, from the Fragile, Conflict and Violence Group at the World Bank said that: “Some proposals were highlight innovated in that they are pushing the envelope on linking weather shocks with price shocks to bring a more complete view on how poor households are affected not only by the lack of food but also by how expensive food becomes during a crisis.”

Finally, Daniel Clarke, Director of the Centre for Disaster Protection, and judge of the competition said “Droughts, pests and disease can devastate lives and push already vulnerable people further into poverty.  We are delighted to support the Challenge Fund as it develops innovative alliances among a wide range of partners – including private sector companies, international organizations, NGOs and governments – to protect farming communities.”

After the challenge, the Governments of the region, with the support of the organizing institutions, will work towards the implementation of some of these innovations on the ground, to test them and eventually scale them up.