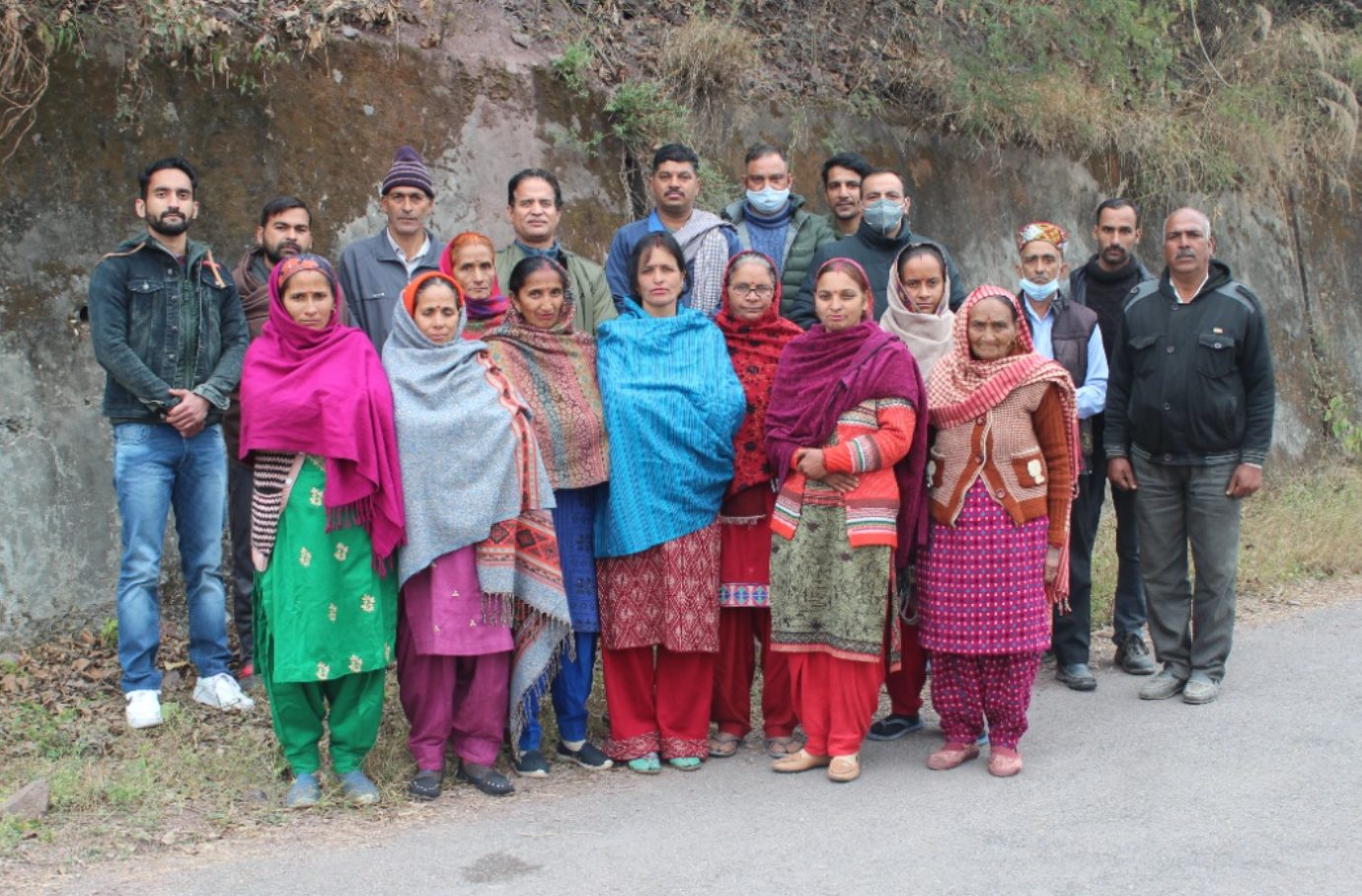 Building a road to prosperity: How communities in India are helping embed climate and disaster resilience into transport design

Building a road to prosperity: How communities in India are helping embed climate and disaster resilience into transport design

In the tiny Indian Himalayan village of Nog, the slopes of a local road intersecting the village are awash in verdant vegetation, including hardy, local varieties of trees and shrubs. In 2009, before the vegetation was planted, the road was pummeled by monsoon landslides, sending heavy rocks and debris tumbling down the steep embankments. On a hilltop at the end of the road, sits Narmada Devi’s house. She remembers how the trigger points of the landslide slid right up to the courtyard of her house, leaving the entire road unpassable. Fearful that their houses would tumble into the muddy morass, Narmada Devi and residents from nearby settlements chose not to clear the landslides. Instead, they waited for the next rain.

India has always suffered from the fury of annual monsoons. But in recent years, record rainfalls playing out across the country – and resulting landslides — are yet another reminder of the escalating impacts of climate change.  The country’s transport sector is particularly exposed and vulnerable to the impacts of natural disasters including landslides and erosions, flash flooding, coastal storms, and extreme temperatures. The fallout from disrupted transport connections falls most heavily on vulnerable populations, hampering their access to economic opportunities, to education, healthcare and community interaction. Building resilient transportation is critical to ensuring equitable economic development across India.

In the Bilaspur district of Himachal Pradesh, where Nog is located, the risk of heavy rainfall is particularly high. Set amid the backdrop of the majestic Himalayan mountains, frequent landslides and flash floods batter local transport infrastructure, often destroying road connectivity. In the past, local authorities tried to contain the landslides by building ten-feet high concrete retaining structures but these measures proved costly and kept the roads closed to traffic for long periods during construction.

In 2010, after attending a training session on climate resilient roads as part of the World Bank funded Himachal Pradesh State Roads Project, local authorities decided to turn to nature as a solution for the village’s landslide problem . The executive engineer of the Himachal Pradesh Public Works Department (HPPWD) ordered the use of wire-mesh netting to cover the surface of the entire landslide area, stabilizing the hillsides. A kaleidoscope of indigenous trees, shrubs and grass was then planted within the holes of the mesh grid. Where landslides had been triggered by erosion from a local river, engineers applied a brush hedge layer technique to stop erosion using hard wood cuttings and local hedge plants. Soon, loose soil and surface runoff was stabilized by the vegetative cover, reducing landslide occurrence in the area. The project, funded by the Mahatma Gandhi National Rural Employment Guarantee Act, provided work to women in the village, including Narmada Devi, bolstering community resilience.

Moving forward, the Himachal Pradesh State Roads Transformation Project will extend these bioengineering landslide prevention techniques over Himachal Pradesh’s 35,000-kilometer mountainous road network. The project will also work to systemically integrate climate risks into the design and implementation of road projects across the state, incorporating special provisions, including nature based solutions, into individual civil works contract. A disaster risk management policy and emergency warning and response system will be developed, helping mainstream climate resilience into the mountain roads of the Himalayas. This will help local communities, businesses and supply chains across Himachal Pradesh increase their ability to adadpt to and respond to climate and natural disasters along strategic transport networks.

As India faces increasing extreme weather events, the World Bank’s South Asia Region Transport Global Practice is working to build resilient transport networks by improving the country’s national and state highways, rural roads, railways, urban transport and inland waterways.  In December 2021, in partnership with the World Bank’s Disaster Risk Management Global Practice, the team presented the first in a series of virtual “Climate Resilient Transportation” webinars for India. The goal of these webinars is to build a common vision and strategy to provide long-term resilient transportation infrastructure and services in rural and urban areas across India and to work alongside the entire community and decision-makers at all levels of governance.

In the village of Nog, three years after the local authorities laid the first wire-mesh netting, the lush landslide vegetation have taken root. Varieties like Tecoma, flush with yellow bell flowers, lend the slopes a golden hue. For Narmada Devi, who alongside her neighbors helped plant and water the shrubs, the bioengineering technique has mitigated landslide risk and brought dramatic improvements to the local community. “Landslides are much less frequent now, and the road beneath my home is fully operational during the monsoon,” she said. The same road would remain closed on average for a month during each monsoon. In the geography of climate change, some places are more at risk than others, and the mountain villages of Himachal Pradesh, at the foothills of the mighty Himalayas, are particularly vulnerable. But shrub by shrub, the residents of Nog have helped embed the concept of climate resilience into local transportation design, protecting their homes from natural disasters and building a more prosperous future for their community.